I am at the stage where I just don’t know what to read next – there are so many books I want to read but I keep picking one up, putting it down, picking up yet more books not sure which one is the right one for me right now.

But yesterday I wrote about some of my TBRs including The Tenderness of Wolves by Stef Penney and as three of my blogging friends, Cath, Sandra and Leah all said how much they had enjoyed it, I’m going to start reading it today. 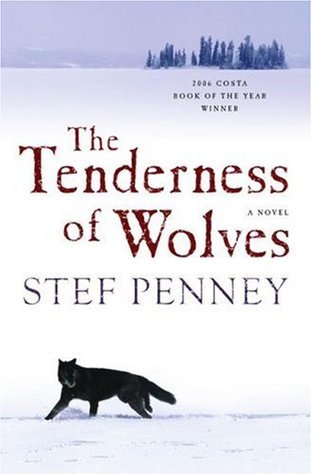 The last time I saw Laurent Jammet, he was in Scott’s store with a dead wolf over his shoulder.

I have brought a knife in my pocket, which I am now holding, rather more tightly than is necessary. It’s not really that I think for a moment the murderer would come back – for what? – but I creep on, one hand on the cabin wall, until I can listen by the window for sounds within.

Canada, 1867. A young murder suspect flees across the snowy wilderness. Tracking him is what passes for the law in this frontier land: trappers, sheriffs, traders and the suspect’s own mother, desperate to clear his name. As the party pushes further from civilisation, hidden purposes and old obsessions are revealed. One is seeking long-lost daughters; another a fortune in stolen furs; yet another is chasing rumours of a lost Native American culture. But where survival depends on cooperation, their fragile truce cannot afford to be broken, nor their overriding purpose – to find justice for a murdered man – forgotten.

17 thoughts on “My Friday Post: The Tenderness of Wolves by Stef Penney”