This week’s opening is from The Battle for Christabel by Margaret Forster. 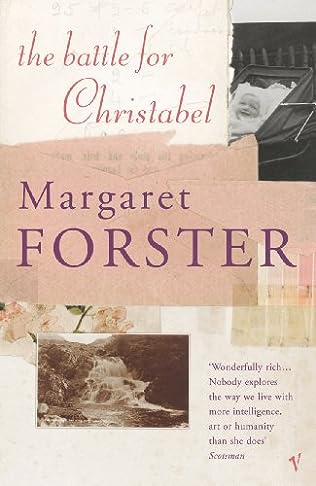 Today I lost the battle for Christabel. I lost the whole war (this is a war story, make no mistake). There is nothing to salvage from it, no medals, no trophies, but my God the scars, the wounds, the shell shock … If I were a man, and had this  been a man’s war, I would have been invalided out, flown from the war zone, heavily sedated, and when the plane had landed and I was put into the ambulance waiting on the tarmac, people would have wept at the pity of it and the waste of a fine young man’s life.

Forster has the essential capacity to see everyone’s point of view, whether it is the social workers who resent the upper-middle class assumptions of Christobel’s grandmother, Isobel’s lover who believes she should adopt the child, or Christabel’s foster-mother Betty … in that territory of dread and reconciliation which is the family, Forster reigns supreme.

Margaret Forster wrote 25 novels and 14 biographies, about social history, memoir, and journalism. I’ve read and enjoyed quite a few of them – they’re often about family life and  women and their role in society. This one looks quite challenging, I think.

6 thoughts on “First Chapter First Paragraph: the Battle for Christabel”