Six Degrees of Separation is a monthly link-up hosted by Kate at Books Are My Favourite and Best. Each month, a book is chosen as a starting point and linked to six other books to form a chain. A book doesn’t need to be connected to all the other books on the list, only to the one next to it in the chain. This month the chain begins with an Australian classic that is celebrating its 50th anniversary ‘“ Joan Lindsay’s Picnic at Hanging Rock (thanks to Brona for the suggestion).

I haven’t read Picnic at Hanging Rock, but I think it’s a book I would like and I’m adding it to my wishlist: 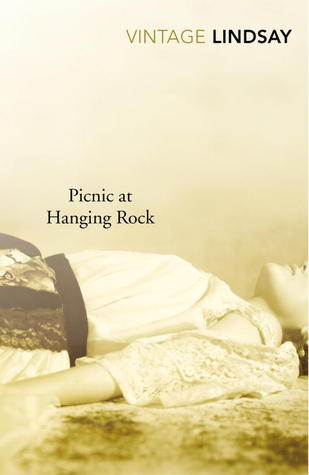 Everyone at Appleyard College for Young Ladies agreed it was just right for a picnic at Hanging Rock. After lunch, a group of three of the girls climbed into the blaze of the afternoon sun, pressing on through the scrub into the shadows of Hanging Rock. Further, higher, till at last they disappeared. They never returned.

Whether Picnic at Hanging Rock is fact or fiction the reader must decide for themselves.

It’s set in Australia and so is my first link: Morgan’s Run by Colleen McCullough, a book I read before I began this blog. 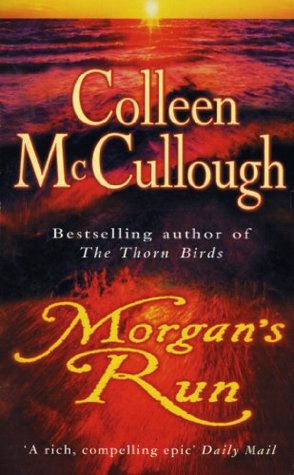 This is historical fiction based on the history of Botany Bay, and centred on the life of Richard Morgan who was transported from Britain to New South Wales in the late 17th century. I loved this book, just as I loved Colleen McCullough’s Rome series. 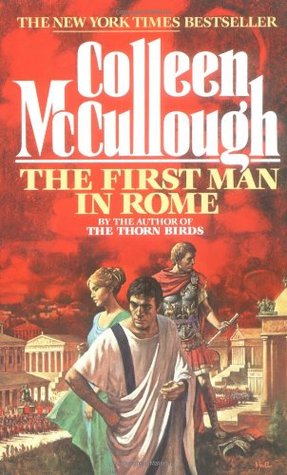 I read all of Colleen McCullough’s Masters of Rome novels, long before I started my blog, beginning with The First Man in Rome, set in 110 BC. This is the story of Gaius Marius, wealthy but low-born, and Lucius Cornelius Sulla, penniless though aristocratic and debauched. All the Masters of Rome novels are thoroughly researched long and detailed and I couldn’t put them down. 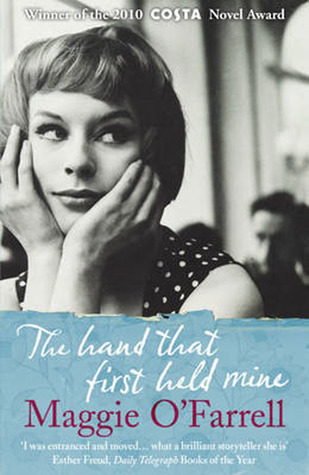 My link to the next book is through the title and the word ‘first‘. It’s The Hand That First Held Mine by Maggie O’Farrell, another book I loved. It’s set in two time periods about two families; there’s Lexie Sinclair who we meet at the end of the 1950s and Elina and her boyfriend Ted in the present day. Lexie is young and in love with journalist Innes Kent. Elina is struggling after the traumatic birth of her baby.  it’s a wonderful and moving story that kept me captivated to the end, despite it being written in the present tense (not my favourite). 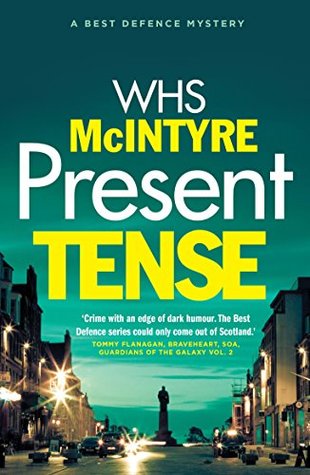 It’s the tense that leads me on to the next book, which is Present Tense, a Best Defence Mystery by W H S McIntyre. This is crime fiction and it is written in the past tense. I haven’t read it yet – it’s one of my TBRs – described on the front cover as ‘crime with an edge of dark humour‘. Robbie Munro is a criminal lawyer who takes on Scottish Legal Aid cases, and in this book his client is accused of rape. 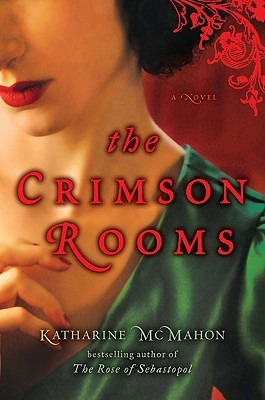 Another book  featuring a lawyer is The Crimson Rooms by Katharine McMahon. It’s set in London in 1924, with Britain still coming to terms with the aftermath of the First World War when Evelyn Gifford, is one of a few pioneer female lawyers. She takes on the case of Leah Marchant, whose children who had been taken into care. She was accused of trying to kidnap her own baby. This is a fascinating book showing the prejudice women had to overcome just to qualify as lawyers, never mind the difficulties of persuading law firms to employ them and clients to accept them. 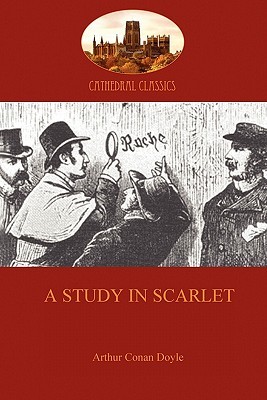 Crimson is a deep red colour which made me think of scarlet, another deep red colour and so my final book in this chain is A Study in Scarlet by Arthur Conan Doyle. This is the first Sherlock Holmes and Dr Watson mystery, published in 1887. Watson is on nine months convalescent leave from the army when he meets Holmes and very soon they are involved in investigating the murder of Enoch J Drebber, an American found dead in the front room of an empty house at 3 Lauriston Gardens, off the Brixton Road,  with the word ‘RACHE’ scrawled in blood on the wall beside the body.

My chain began with an Australian classic, went back to the early settlers in Australia, then moved further back in time to the early years of the Roman Empire before jumping forward into the 20th century, passing through historical, contemporary and crime fiction and ending up in London in the 1880s with Sherlock Holmes.