I know – I said I was cutting down on challenges this year, but this is an event not a challenge and it’s only during March. It’s bring hosted by Cathy at 746 Books and Raging Fluff ‘to celebrate the wealth and breadth and general awesomeness of Irish cultural life. Reading Ireland Month (or The Begorrathon as it is affectionately known) will feature book and film reviews, poems, music, interviews, giveaways and much, much more.‘ 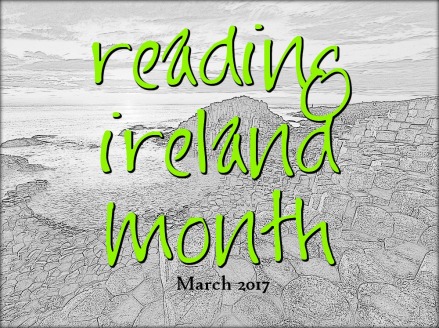 I have some books by Irish authors and I may have more than these – I don’t choose books based on the authors’ nationality  – but these are the books from my stock of to-be-read books that I think qualify:

But I’m going to be realistic and won’t be reading all of them, or even some of them (particularly Ulysses – I’ve been resisting that one for years). I’m just aiming to read one of them.

I could cheat and add Let the Dead Speak by Jane Casey to my list, but I read it this month (February) so it doesn’t really count – or does it?  I’m in the middle of writing a post about it, so maybe I could sneak it in at the beginning of March. It’s her latest Maeve Kerrigan book and it’s very good.

Other than that I’m leaning towards reading The Secret Place by Tana French.

*edited 26 February – Watchman is set partly in Ireland but as some people have correctly pointed out Ian Rankin is not Irish. I shall be reading this book but not including it the Reading Ireland Month.