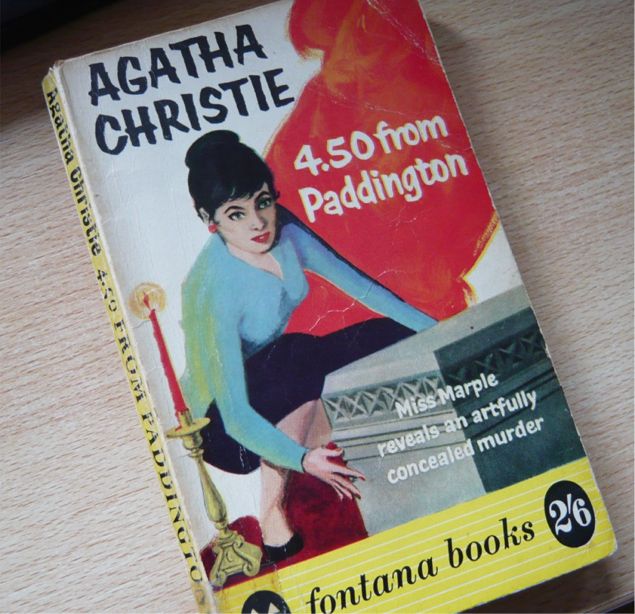 I’d expected the 4.50 from Paddington (first published in 1957) to be set on a train going by its title, but actually it just begins on the train. Train timetables and routes feature quite highly though. Mrs McGillicuddy was going home from Christmas shopping in London when she saw from the window of her train a murder being committed in a train travelling on a parallel line. But nobody believes her because there is no trace of a body and no one is reported missing. Nobody, that is except for her friend Miss Marple.

Miss Marple is getting older and more feeble and she hasn’t got the physical strength to get about and do things as she would like. But she has a theory about the whereabouts of the woman’s body, having worked out the most likely place that a body could have been pushed or thrown out of the train and she enlists the help of Lucy Eyelesbarrow to find it. This takes Lucy to Rutherford Hall, the home of the Crackenthorpe family, a family with many secrets and full of tension.

It’s an intriguing puzzle because you know there has been a murder, that the victim was a woman but her identity is not known, until much later in the book. You also know that the murderer is a man and there are plenty of male suspects to consider. Even though Miss Marple explains it all at the end of the book and says that it was very, very simple – the simplest kind of crime, I didn’t find it simple at all and had no idea who the killer was or even the victim. How Miss Marple worked it out is down to intuition and she tricks the murderer into confessing his crime.

7 thoughts on “4.50 from Paddington by Agatha Christie: Book Review”